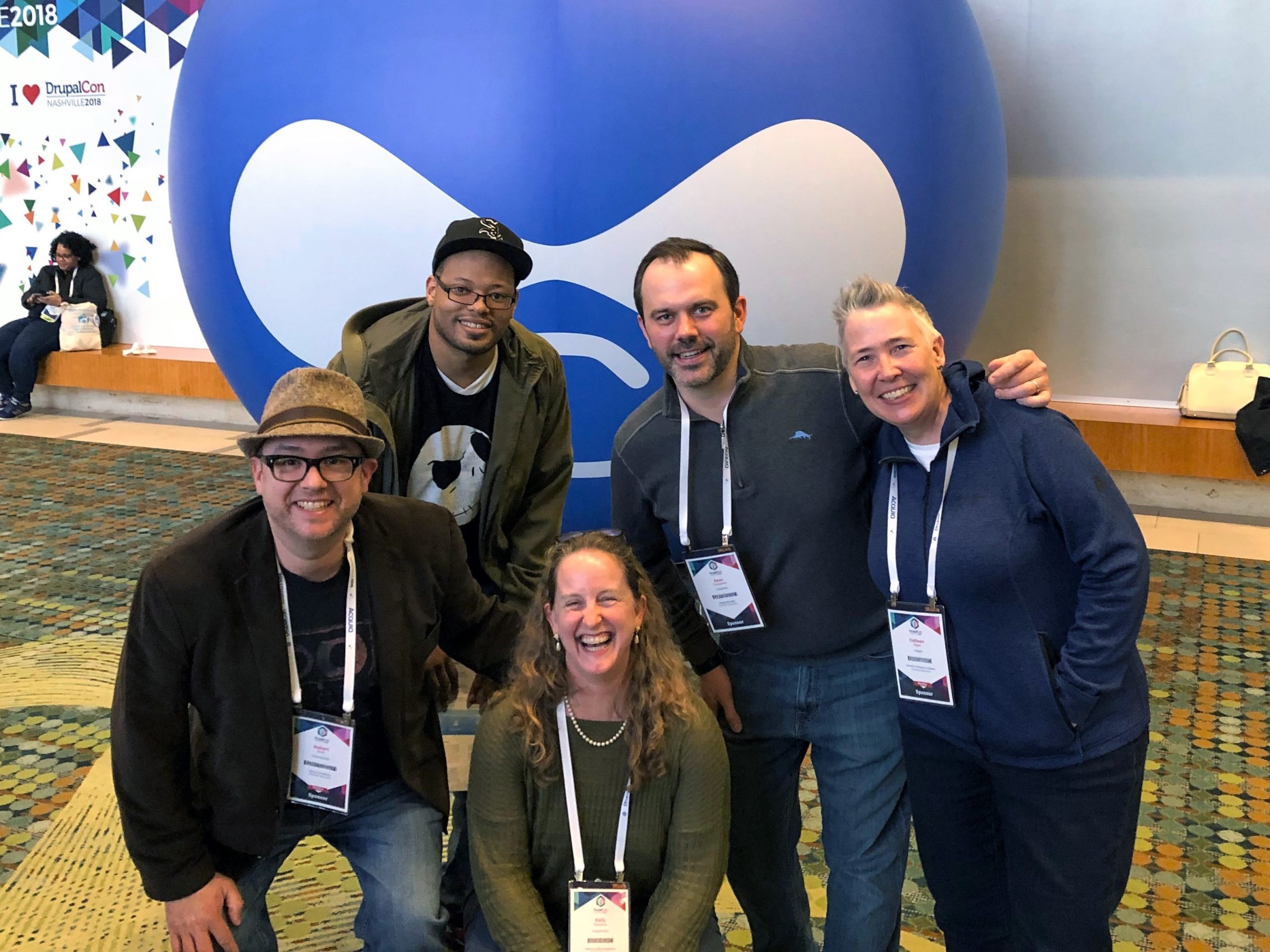 DrupalCon 2018 brought thousands of Drupal developers, users, designers and enthusiasts to Nashville, including six members of the Clarity Partners web development and leadership teams. It was an informative, motivating and fun (Music City!) conference, so we wanted to share a recap of our experience.

The State of Drupal

This year’s DrupalCon provided attendees with a wide range of learning opportunities, including 174 sessions covering 14 tracks, around the ever-changing and growing platform. In the past year, there has been a 51% increase in Drupal 8 adoption and an 81% increase in stable Drupal 8 modules.

Drupal creator Dries Buytaert provided the first Keynote, known as the Driesnote, in which he laid out the current state of Drupal and its future. It was inspiring to listen to the open source pioneer, and we were especially excited to learn about upcoming items on the Drupal roadmap, including:

There were two other Keynotes – Steve Fancia, Product Lead at Google, and Emily Rose, a developer advocate at Twitch.

Kelly Tetterton, Director of Web Experience, led a very well-attended session, From Feedback to Finish: How to Leverage User Focus Groups. Kelly spoke to the packed house about Clarity’s experience utilizing user focus groups to drive the design and development of the award-winning Chicago Park District website on Drupal 8. Attendees left with a detailed, real-life example of incorporating focus groups into website development and practical strategies to apply to their own projects. You can see Kelly’s full session here.

Robert Shell, Senior Developer and Consultant, led a productive and engaging Birds of Feather (BOF) discussion, Working with Complex Location Data. Many from the Clarity team were able to participate in and contribute to this smaller, more conversational gathering.

Clarity was also a sponsor of the Women in Drupal happy hour, which had a large turnout and was a great chance to connect with female-identifying Drupalers and allies.

As a minority-owned firm, Clarity has been inclusive and dedicated to fostering diversity from the start. We’re proud of and see the enormous value in our diverse workforce – 52% minority workforce, 67% minority or female leaders— and actively work to maintain it. We were thrilled to sponsor and promote the Women in Drupal event this year and were blown away by Drupal’s overall commitment to diversity and ensuring that everyone felt welcomed. The stats speak to their efforts to bring new and underrepresented voices to DrupalCon:

Clarity left Nashville with more than just t-shirts, stickers and karaoke experience. In addition to learning about Drupal’s priority to bring more diversity to the community, we gained a lot of insight into the current goings-on and future of Drupal. Also, our team was able to deepen relationships with fellow Drupalers we already knew and worked with, and develop new relationships with potential partners.